Using my Canon 5D Mark III to take pictures in the snow?  What?  Snow?  Are you kidding?  If you’re reading this blog post in Texas, you will understand why reading up on shooting pictures in the snow is a good idea for a Texas amateur photographer.  Snow and ice are both so rare here in this state, that when it happens, I freeze up and don’t know what to do with my camera!

When I shoot pictures in the snow, my subjects are usually careening down a hill, I’m standing on a slippery patch of ice trying to balance my very expensive camera, and worrying that the snow won’t look white in the pictures.

Here they go… Careening down a neighbor’s driveway on a slick sheet of ice! I’m in the middle of the hill trying not to fall down!

So much to think about, all while I’m freezing, and I can barely feel my fingers.  The most important thing (next to keeping your gear safe), is dressing properly for the occasion!  If you are shaking and can’t feel your fingers, taking pictures will be pretty difficult.

I finally gave up on having real gloves on when I’m trying to take pictures in the snow.  I just wasn’t ever able to work the buttons on my camera, and now that I have a Canon 5D Mark IV with a touch-screen, big fluffy gloves certainly won’t work.

My answer to this is fingerless gloves.  The kind I prefer are the cheap ones that have little mitten flaps that you can close over your fingers to warm them up when you’re not shooting!  They are awesome.  You just fold the little flap back to expose your fingertips, and your hand remains covered!

For me, this was the answer.  I can leave my fingers exposed while shooting, and cover them back up when I’m taking a break!  It gives them a chance to thaw out….

One of my favorite articles to read each year (if it snows), is called 15 Beginner Tips for Winter and Snow Photography on the DIY Photography Website.  It lists everything you need to think about before heading out to get some pictures in the snow.

I probably should’ve over-exposed this just a bit more to make the snow appear whiter, but not bad for a Texas girl who rarely sees snow!

Most of the things in this article I really try to pay attention to – I always shoot in RAW, I’m always dressed appropriately, I never delete images in the field, and I always over-expose my images just a bit to make them brighter.

According to the article, the 15 tips include the following:

The one thing I don’t do (mostly because I don’t know much about it), is use the Histogram.  Guess I’ll need to find an article detailing that for me.  I’ll add that to my To Do List…  And the be aware of footprints…  Well, whoever wrote that suggestion doesn’t have kids.

With 2 active kids, finding a patch of undisturbed snow is quite difficult.  I have been able to do it once or twice, but usually the snow I’m shooting is all churned up and mixed with grass and dirt!

Another article I like is from the B&H Website called 7 Tips for Taking Photographs in the Snow, there are lots of helpful hints!  The most important one for me is to shoot in RAW.  That gives me more flexibility to adjust colors on my computer later.

However, almost all of my shots can be corrected (or saved) in Lightroom afterwards because I’ve shot the pictures in RAW mode.  But as you can tell from looking through some of my pictures, probably the MOST important thing to remember for shooting pictures in the snow, is to have the right kind of sled for your kids!!

No sleds means unhappy kids in my house.  And unhappy kids means no cute pictures!  So…we always try to have warm clothes and good sleds to play on!

We have found that here in Texas, the flat bottomed sleds work the best.  There usually isn’t enough snow or ice for real sleds with runners – just your basic Toboggan is what we use!  We keep them in the shed close by just in case we get snow!!  No matter where you live, be prepared!!

Nothing worse than having to make a run to Wal-mart on a school snow day because you forgot to buy snow boots and sleds just in case there is a snow storm!  Right?

And yes…we have the 3-pack of sleds (shown above).  Because we all know that sledding with your friends is much more fun than sledding alone!  So…bundle up, get your gear packed and head on out.  Just don’t forget your gloves!  Until next time…

We have had such a fun day so far!!! Taking a break for some hot chocolate and lunch! I’m sure we’ll be out again later! 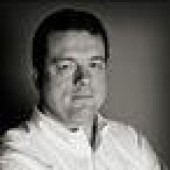 The Edge Skate Park in Allen – A Hidden Gem